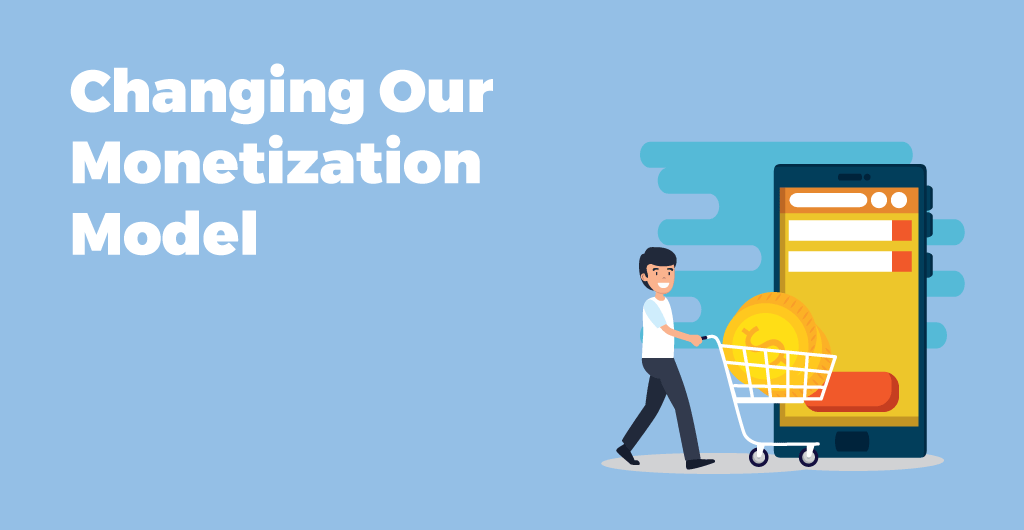 Back in 2016 we made a big change to our monetization strategy. We basically moved from a purely ad-based model to a freemium model with no ads and some premium features.

Now, three years later, we’ve gone through enough ups and downs to know that we did some things wrong and that we need to change in order to improve.

Keep reading to know what they are!

MODELS WE TRIED SO FAR

For the moment, these are the monetization models we’ve used in TimeTune:

When we entered the third stage and removed all the advertising, we were aware that it represented an important leap of faith.

We were giving up an important amount of revenue in the hope that an increase in premium sales would make up for it. For that, we needed more downloads and a better conversion rate to premium.

Sadly, that hasn’t been the case 😥

Several things worked against us in the last stage:

So if we don’t act now, we’ll put the health of the project at risk ⚡

We thought that a single one-time purchase could be enough to preserve our economic health. However, we’ve been proven wrong.

Only apps with tens of thousands of daily downloads and a good conversion rate can provide a healthy revenue with a single one-time purchase. An example of that would be the Nova Launcher app.

In our case, as it’s the case for most productivity apps, we need to turn to recurring revenue in order to improve the project’s health.

And basically, there are two main ways to achieve recurring revenue: subscriptions or advertising.

We know that our current premium features don’t justify the change to a subscription model. Therefore, subscriptions are off the table 😉

That leaves us with only one solution: showing ads again.

So TimeTune will show ads again in the free version, as it did three years ago.

Besides that, we’ll do another thing: we’ll increase the price for the premium version. It’s something we wanted to do for a while and this is the right moment.

But here comes your opportunity! 😲

Attention! We will not increase the price of the premium version until January 2020.

Therefore, you have until the end of 2019 to purchase TimeTune at the current price 🙀

After that, you’ll have to choose between seeing ads or purchasing the app at a higher price.

Thank you all for your understanding! 💗

(Top illustration by Studiogstock, on Freepik)