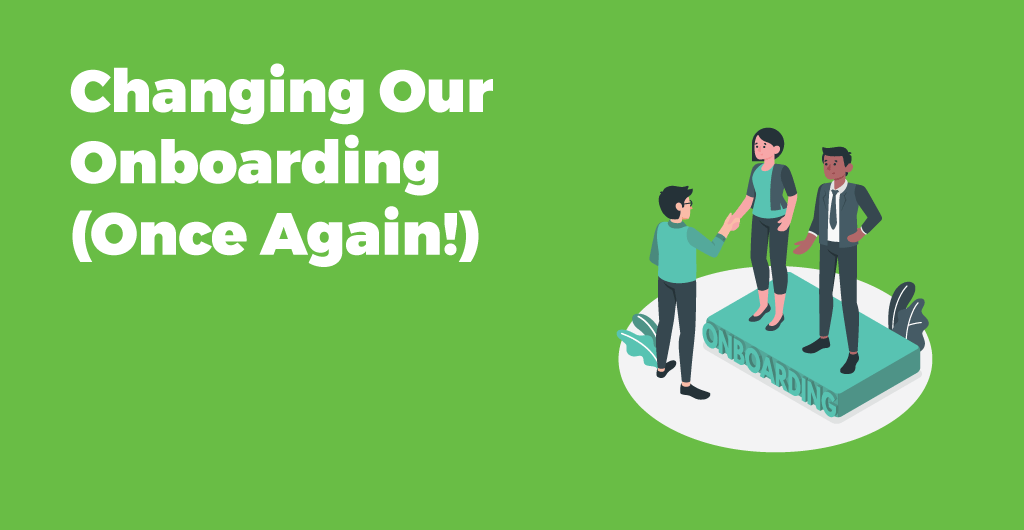 Back in July 2019 we implemented a new onboarding process. At that time, the app was in desperate need of that change.

We tried to craft a visual and interactive process so that new users could learn the basics of the app while onboarding. But although the result was visually attractive…

…many users still got confused 😵

A big source of confusion in TimeTune comes from the concept of routines. This is a core concept in the app, but we’re asking users to adapt to our particular definition of routines while they may have a different idea of what a routine is.

While the new onboarding system doesn’t really change the concept of routines, it gives more freedom to explore the app while trying to explain the concept a bit better.

Another drawback of our previous onboarding was that it didn’t use the real interface of the app. It was an independent process with the sole purpose of introducing the concept of routines.

While the screens in that process were pretty, it’s better to integrate the onboarding steps in the app’s own interface. ‘Learning by doing’ on the interface itself is one of the most effective onboarding methods.

Therefore, the new onboarding will use the app’s interface to guide the user to the right places.

Besides that, we took advantage of another underused element in TimeTune: its empty states.

For example, the app will use the empty state in the Schedule section to show the initial instructions. Each section of the app will show similar explanations in their respective empty states as well.

Although we’re giving more freedom to explore the app at will, it’s important to maintain a specific flow so users don’t get lost while onboarding 🚢

We must show the proper instructions at the right time and in the right order.

So how does the new onboarding process look like?

As we commented before, when newcomers open the app for the first time they will see the main Schedule section, with a single clear instruction:

Although they can explore other sections of the app (no problem in that), it’s clear that they should click on the red button to follow the logical path.

After clicking that button, two options will appear:

If they click on ‘New Event’ the app will allow them to create an event as usual. As everybody has a common notion of what an event is, there’s no problem here.

But if they click on ‘Edit Routine’, a new onboarding step takes place. The app goes to the ‘Routines’ section, showing two concise phrases:

We’re basically using the empty state to introduce our specific definition of routines. The goal is to explain what a routine is in TimeTune.

And again, it’s clear that they need to click on the red button to create the routine.

After doing that, they will be able to choose between a daily, weekly or atypical routine:

But as we see in the screenshot, when the user selects an atypical routine a warning message will inform about the intended usage for that kind of routines (thus removing another source of confusion).

After creating a routine the app will open that routine automatically, showing a new guiding message:

The message won’t disappear until the user clicks on ‘Got it’, to make sure they read it.

Finally, when going back to the routine list, a last hint will appear there:

Without that last instruction, a user could think that the work is already done. However, nothing would appear on their schedule yet. They learn (by doing it) that they need to enable the routine in order to activate it.

Although not perfect, this is another step forward in our quest to find the right onboarding for TimeTune.

Now, before we can tweak the process a bit more, we need to solve two important sources of confusion in the app:

We need to redesign those two things very carefully before we can move forward with other improvements.

So stay tuned for more changes! 🙂

(Top illustration by @stories, on Freepik)