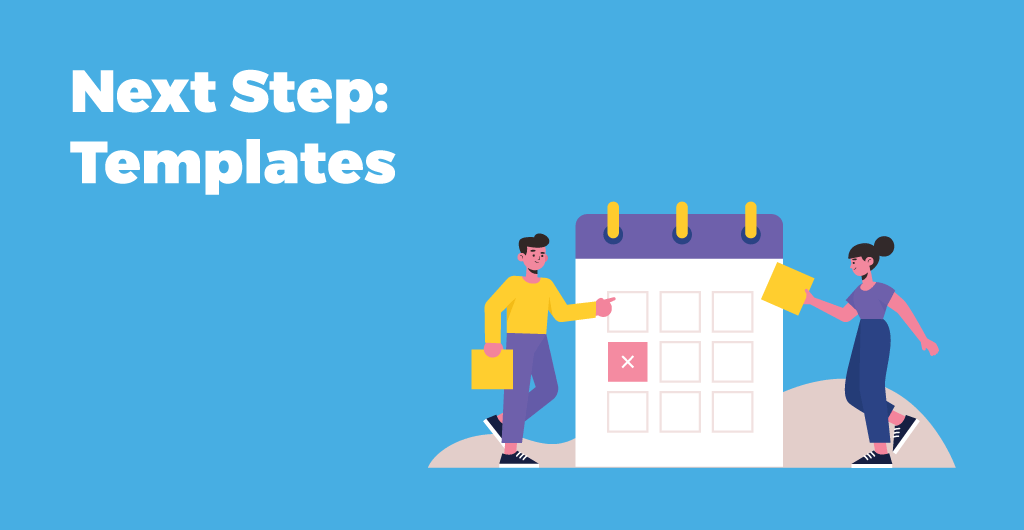 We are working on the next evolution step in TimeTune: Templates.

Don’t worry! Templates are very similar to routines. In that regard, it’s like a change of name.

However, templates will be more powerful than routines and the programmer combined 💪

But why this change?

Since the beginning, routines in TimeTune presented several drawbacks with no easy solutions:

Confusion with the concept

For most people, the common definition of a routine is ‘a series of actions done in a sequence’. For example, a morning routine that contains several steps.

However, routines in TimeTune have a different, unintuitive definition: ‘a group of days (containing actions) that repeat in a cycle’.

This confusion is one of the reasons many users find the app difficult to understand at first. We’re asking them to forget their definition of routine and adapt to our artificial one.

‘Templates‘, on the other hand, is a more intuitive term that everybody understands. And it better reflects what the feature is: a template that you can apply to different dates.

Routines don’t allow for the creation of complex patterns. And although you can create routines with up to 15 days, that’s not enough for all use cases.

For example, some users have working cycles that repeat after 28, 72 or more days. However, most of those days are identical, so using a routine that long would lead to an insane amount of repetition.

The problem is that routines in TimeTune embed the repetition pattern in their definition (the amount of days in a routine defines its repetition cycle).

Templates, on the other hand, won’t have that problem. They won’t be tied to a specific repetition cycle. Instead, you’ll be able to apply them to any date in the calendar.

That will allow us to create very powerful patterns.

Atypical routines (i.e. routines with more than 1 day, except 7) have their own set of particular problems:

That’s another reason to extract the repetition pattern from routines and use independent templates.

PROBLEMS WITH THE PROGRAMMER

Originally, the purpose of the programmer was to automate the switch to a different routine on a specific calendar date.

But this feature brought with it a new series of problems:

Confusion with the concept

If you ask several people what a ‘programmer’ is, they will give you different explanations.

Our particular meaning was something like a ‘thermostat programmer’: a tool that lets you ‘program’ specific configurations to use on specific dates (in our case, routines instead of temperatures).

But our definition was so ambiguous that the confusion was almost guaranteed (and it’s even worse in non-English languages).

With templates you’ll be able to do what the programmer does, but there’s no need for the term ‘programmer’.

The implementation only allows to use the app in one mode or the other. It’s not technically possible to use both at the same time.

That’s annoying, because you need to constantly switch between one mode or the other depending on your needs.

With templates, there are no different ‘app modes’. There are only templates that you apply to the days you need.

We frequently receive emails asking us to implement repetition patterns for programs (for example: ‘use this routine once a month’).

But the current implementation doesn’t allow that. You can only set specific dates. To make this possible, we would need to rebuild the programmer from the ground up.

Templates, on the other hand, will allow repetition patterns 🥳

Atypical routines and the programmer

As we pointed out before, atypical routines don’t play well with the programmer. As they keep track of their cycle internally, there’s no way to know which day of the routine will be used when a program enables them.

If we wanted to keep routines as they were, the solutions to this problem would imply complicating the user interface even more.

The current version of the app (TimeTune 3.1 at the time of this writing) is a mixed bag of features that don’t fit well together: daily, weekly or atypical routines mixed with a programmer mode that you need to enable or disable depending on your needs.

It’s no wonder first-time users have a hard time trying to understand how the app works. The implementation is not intuitive.

Templates will solve all those problems while enabling new powers at the same time.

If you have any doubts or questions about the new feature, you can leave a comment in this article or ask through Facebook, Reddit or Twitter. Or you can send an email to timetuneapp@gmail.com if you prefer.

And if you want to be the first to try the new templates, remember to opt in for the beta program in our Google Play page. Your feedback will be much appreciated 👍

(Top illustration by pikisuperstar, on Freepik)