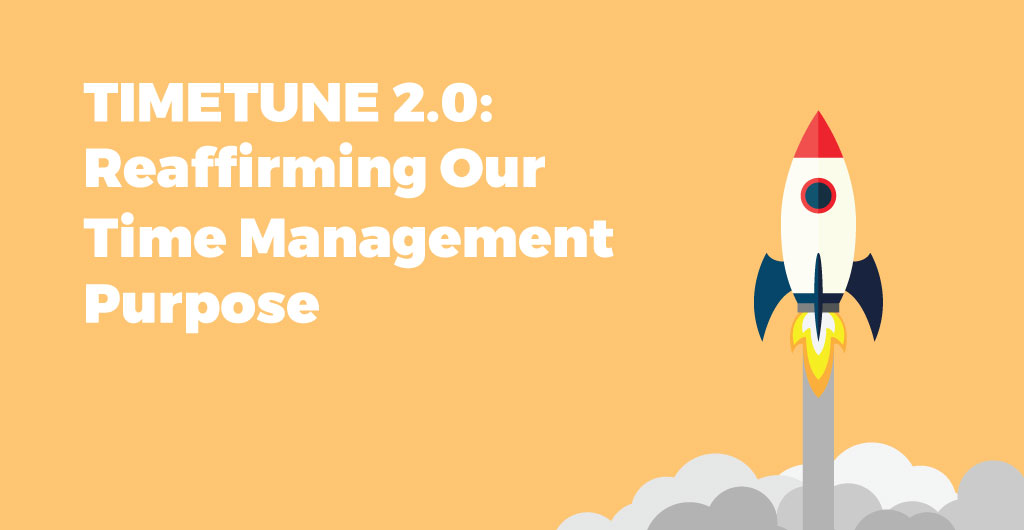 We are working on a big redesign for TimeTune. On the next release, the version number will make a jump from 1.5.5 (the current production version) to 2.0 (already in Beta).

We are excited to let you know about the new changes. So far, the feedback received from Beta testers is absolutely amazing. They LOVE the new redesign.

So what’s the reason for this change? Well, there’s not only one but many.

After having been downloaded more than a million times, we already confirmed that TimeTune is a really useful tool which is highly appreciated by its users. Reaching this milestone has been a very important step in order to validate the viability of the project.

During this time we’ve been gathering a lot of feedback and suggestions but many of the features we’d like to add couldn’t be done in the current implementation. Therefore we needed a big internal redesign. So this change will not only be external, it will involve internal programming and database adaptation too.

Furthermore, we know that if we want to have a chance to position TimeTune among other well-known productivity brands (not only the ones related to time management), more things need to change.

So basically it’s time to grow.

We’ll show you some of the new features in TimeTune 2.0 here, but first we need to reaffirm something important about…

TimeTune is and will be a time-oriented app. Some people would like to transform TimeTune into a pure to-do app or a pure calendar app. They are looking for task-oriented apps and are a bit shocked TimeTune behaves in a different way.

Although you can use TimeTune for this, managing tasks is not our main goal. Our main purpose is to help you optimize your distribution of time. Currently it does this by improving your daily and weekly routine with notifications and reminders. Other features can be added, but if they don’t help our purpose chances are they won’t make it into the app.

When thinking about it in detail, this might well be our main advantage over other apps. Not many projects are truly centered on time management. Or at least in the same way we’re trying to do. So sticking to our purpose is a good thing.

Note for developers: When developing your project, make its core purpose very clear (to you and your users). Trying to be a jack of all trades has always proven to be more harmful than beneficial. Think of it as your mission statement. It will help you advance in the right direction.

Since we added the ability to enable multiple routines at the same time, something was missing in the app. The widget was the only place where you could really see at a glance what was coming in your day if you had more than one active routine (including reminders).

This will be the main point of entry in the app, think of it as the central hub. Remember, the actions you do today are the only ones that can really help you control your time. If your routine has been properly planned and your activities properly executed, tomorrow will be a breeze.

For the moment Today will behave just like the widget, showing your activities and reminders for today (and tomorrow as well when you scroll). But other exciting features will be added as we keep restructuring the app internally.

We’re thinking about adding a setting to let the user choose their own main screen (for example, if you only use reminders maybe you’d like that section to be your main screen). Let us know in the comments what you think about this.

Another thing you will have noticed from the previous image is the addition of a Floating Action Button. This material design pattern was created to emphasize the main action a user can take on each section (in our case, creating a new routine, activity, reminder or program).

After testing it for a while, we’ve seen this pattern is much more intuitive and practical than having a button on the top action bar (and so far, Beta testers dig it too!).

From the main Today section you will be able to create a routine, activity, reminder or program, making the access to other sections faster and more intuitive.

The other sections will have their own Floating Action Button too, but it will be used only to create an item for that section. Adding the same submenu in each main section would require unnecessary extra taps for each simple action.

However, the addition of Floating Action Buttons and the new Today section will bring some changes in navigating through the app. If you feel any of these navigation patterns feels awkward, please let us know.

Months ago we declared our intention to get rid of ads as soon as we could. Sustaining the project with a simple ad banner proved to be the wrong approach. That’s why we started to add other Pro features while slowly transitioning towards an ad-free model.

Well then, the date has finally arrived! TimeTune 2.0 will not show ads for free users anymore. From this moment on the app will be a typical freemium model: a free version with a lot of features and usability, and a Pro version with extra features for power users. Since the addition of those extra features weeks ago (Blue themes and the Programmer for the moment) we confirmed the business model performs better than the initial ad-based model.

We wanted to wait a bit more before fully eliminating the ads, but the addition of certain features like Floating Action Buttons made us advance this change. The new design doesn’t play well with advertising banners and we knew we had to remove them at some point, so what better moment than a 2.0 version?

With that said, we are taking a certain leap of faith with the removal of ads. They still represent a significant percentage of our revenue and the hybrid model could have used a bit more time to mature. Plus, we are removing a reason for users for going Pro and this will affect our sales for sure.

In any case, we’ll let you know how things evolve in the monetization department.

WAIT, IS THAT IT?

Not at all! TimeTune 2.0 represents the beginning of a new era for the app, not the end of development.

That’s why more changes will be added progressively in subsequent versions.

So stay tuned… or much better, stay TimeTuned!

Let us know in the comments what you think about TimeTune 2.0!