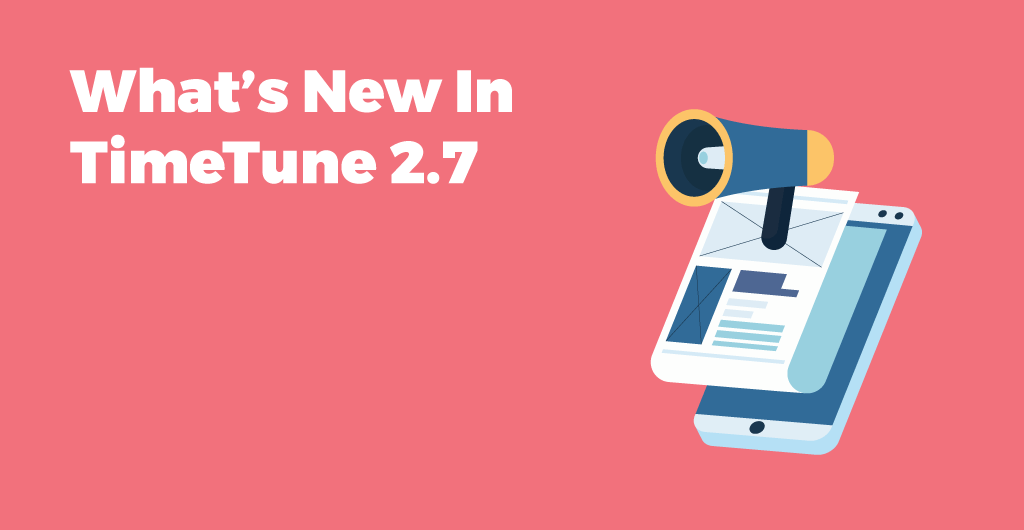 On January 1st, 2020 we’ll publish TimeTune 2.7. This version marks the beginning of a series of changes that will help us take the app to a new level 🤩

TimeTune was originally published in October 2014. Although many things have changed in the app since then, it still shows some important shortcomings:

Let’s see the most important changes in TimeTune 2.7 and how these changes will contribute to the app in the long run:

As we explained in a previous post, we need to change our monetization model now to prevent putting the project at risk ⚡

So starting version 2.7, TimeTune will show ads in the free version, as it did three years ago.

However, we’ll use a non-interrupting approach. The app will only show a banner at the bottom, but never full-screen or interrupting ads (we don’t like those kinds of ads either!).

But for the project as a whole, there’s a more important benefit: advertising will give us the freedom to experiment with new features without affecting the bottom line.

This will definitely allow TimeTune to evolve in the right direction 🧭

This was a tough decision to make. Nobody likes to see a feature disappear from a product. But sometimes it’s the best thing you can do to make the product better in the long run.

In broad strokes, removing timers will allow us to:

That being said, we remain open to all possibilities for the future. Even the possibility of bringing timers back again in a future update.

After a long examination, we have now a pretty clear picture of how TimeTune needs to evolve in order to take the project to the next level.

Our intention is to make a sequential progression of changes in the app that will culminate in a big 3.0 release down the line.

We’ll unveil those changes progressively over time and we’ll explain them one by one here in the blog, so stay tuned for news! 📻

We want to express once again our immense gratitude for all the support you’ve been giving us since the beginning. You’re truly the reason why this project can keep moving forward.