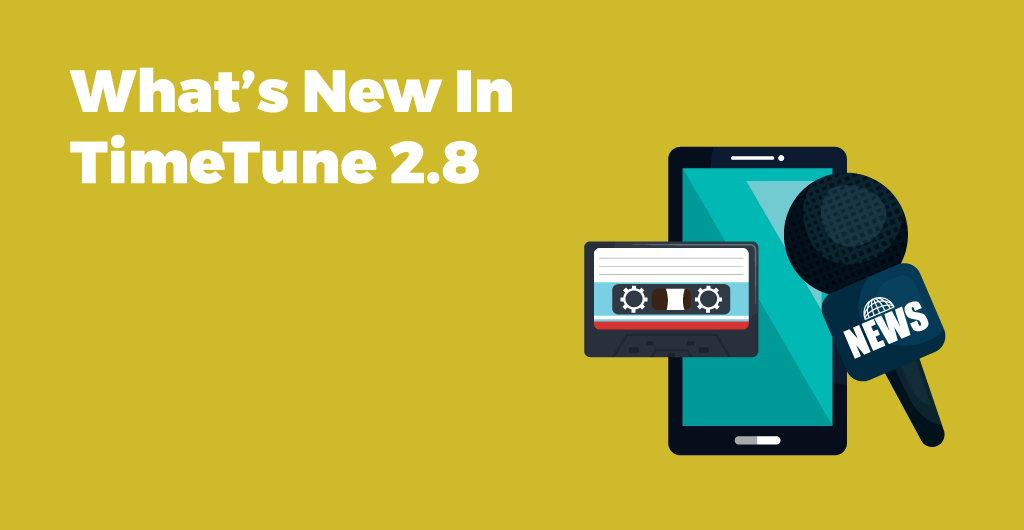 As we explained a few weeks ago, TimeTune will undergo some important changes in 2020 👷‍♀️

Although this change focuses mainly on the interface of the app, future changes will focus on the core functionality. But we’ll talk about that when the time comes.

For now let’s see what changed in TimeTune 2.8.

Removing timers and transforming reminders into events allowed us to take a big step regarding one of the most important aspects of software design: the simplification the interface.

As we now have less items on the main menu, we can transform our old drawer menu (a.k.a. hamburger menu) into a more convenient bottom navigation menu:

We could say the only drawback of the new bottom menu is that it takes up a permanent space on the screen. However, this might be avoided by making it disappear when scrolling the content (we may consider this possibility in the future if necessary).

If you compare the screens, the changes in routine edition are not notable:

Basically, the time blocks are now connected instead of being slightly apart. This helps convey the notion that they are part of a bigger, continuous block of time.

However, there’s another not-so-visible change that helped us optimize our internal processes (a lot): it’s not possible to long-click on the times on the left anymore (you can still perform normal clicks though).

Previously, long-clicking on a time would show the option to insert a gap between blocks of time. This option is now available when long-clicking a block.

Apart from that, it was possible to long-click a group of times as well to offset the times up or down. Although you can still offset individual times, our intention is to find a more visual (and powerful) alternative in future updates.

But you wouldn’t believe how this change simplified the app internally. Sometimes we developers like to complicate things unnecessarily 😅

We hope you like the new navigation menu (let us know what you think of it!).

However, stay tuned. More important changes are on the way 😲

(Top illustration by @studiogstock, on Freepik)