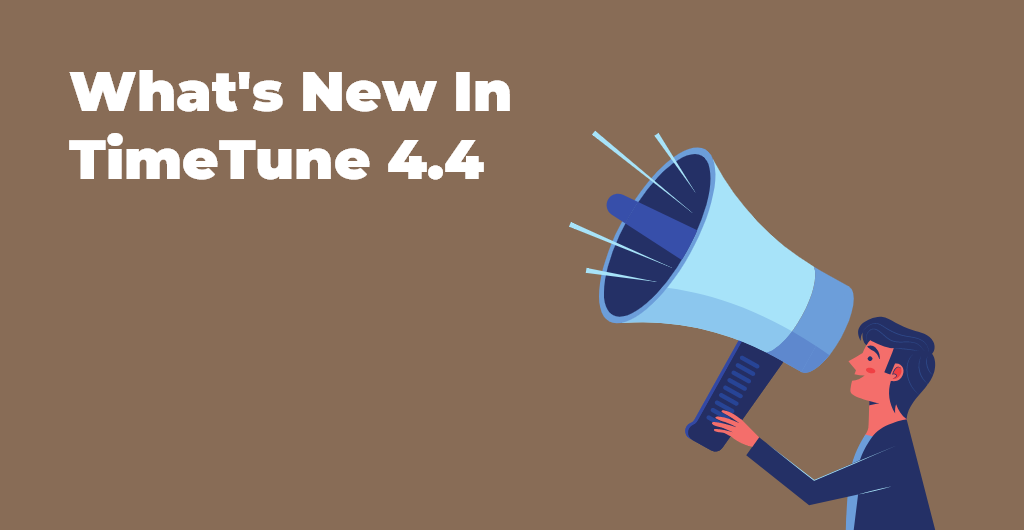 On the technical side, this version is important for us too. It removes internal complexity and makes our lives as developers a bit easier (more on that later in the article).

Keep reading to know more about the new changes:

When you edit a template in TimeTune 4.4, now you can reorder blocks by long-clicking on a block and dragging it to another place:

This simple gesture replaces the previous (and very inconvenient) ‘Swap up’ and ‘Swap down’ arrows that you had to press several times on the contextual menu.

👉 In future versions, we’d like to add this feature to the ‘Schedule’ section too.

Prior to version 4.4, in multi-day templates, when you created a block that started on a day an ended on the next one, that block was stored in the app as a single block. A block that was ‘anchored’ at the end of the day.

But that approach had some drawbacks:

In version 4.4, we made two things to avoid those problems:

First, we automatically split existing blocks like that in two smaller blocks. One at the end of one day and another one at the beginning of the next day. So now all your template days start and end correctly at midnight.

Second, we modified the ‘New block’ screen so that when you create a new block like that, the app automatically splits the block in two for you:

👉 And if you create a block like that at the end of the last day of the template, the app will automatically add the second part of the block to the beginning of the template (if there’s enough space there):

If you had blocks like that in your templates, this change may have created some occasional overlaps in your schedule, as the templates have been re-applied.

Therefore, after you update to version 4.4 you will see a warning that recommends checking your schedule for possible overlaps:

In version 4.4 a new setting will allow you to divide empty time into smaller chunks:

The options are 15 minutes, 30 minutes and 1 hour (or not dividing empty time at all, like before). When you change it, empty time in your schedule and templates will automatically appear divided into chunks of that length.

This feature will come in handy to users who plan their days in specific time chunks. For example, Cal Newport (author of ‘Deep Work‘) recommends 30 minutes as the length for your time chunks.

In templates, a nice byproduct of this feature is that now you can select a group of gaps and click on the ‘New block’ button to automatically select the length for the new block:

Prior to version 4.4, when you clicked on a gap in a template, the app showed a dialog with three options:

In version 4.4, the ‘Add gap to previous block’ and ‘Add gap to next block’ options have been moved to the contextual long-click menu:

And if you are using the new ‘Empty time division’ setting, now you can select a group of gaps and add them to an adjacent block:

👉 In future versions we’d like to add this feature to the ‘Schedule’ section too.

GAPS ON THE WIDGET

In older versions, a setting allowed you to show gaps on the widget or not.

However, hiding gaps on the widget generated some problems:

So in version 4.4, we removed that setting and gaps will always appear on the widget:

Besides solving those problems, this approach is more consistent, because:

This version removes a lot of internal complexity from the app 🙀

Prior to version 4.4, empty blocks existed in the app’s database in order to calculate statistics.

Unfortunately, that approach forced us to rebuild a lot of empty blocks in the database for every little modification you could make to your templates or schedule. That was complex and error-prone.

In version 4.4, empty blocks don’t exist in the database anymore. Those blocks and their related statistics are now built and shown on the fly. This is what enabled the new ‘Empty time division’ feature as well.

Additionally, as we removed empty blocks from the database, the database is a bit smaller now 😀

All in all, it’s a benefit for us and for users as well.

Other smaller changes and bug fixes in version 4.4 are:

THERE’S STILL WORK TO DO

Since the big change in version 4.0, the interface of the app is much more stable now.

Before version 4.0 the app had been growing without direction for too long, and version 4.0 put many things in order (although with some sacrifices too).

But there’s still work to do. We can still polish and improve many things in the app.